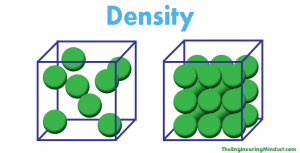 This week we worked on what creates density. Density equals: mass divided by volume. Mass is the amount of weight or insides in something. Think of a log: the weight and, well, mass of it can decide if you could carry it or drag it or move it in any way. Volume is the size of an object. Think of a bubble: a bubble can have a large size (volume) but doesn’t have anything inside (mass). When you divide mass over volume you get density. Density is the thickness, the opacity of sorts. Think of your head: your head’s very dense (no pun intended) if it wasn’t it would be like mist or fog rather than the think meaty bulb of your mind.

In science class we learned a trick. The trick goes:

“Don’t break my heart (draws a heart and crosses it with a line. It creates a m and a v.) ass over ollume! (Writes “ass” behind the m and “ollume” behind the v.)”

What is a better way to describe Mass?

Did I explain Density correctly?

Why do you divide mass over volume? 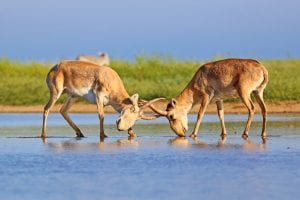 The saiga antelope is a species of critically endangered bovid that has a large nose. They differ from male to female; the males are larger and have spiral horns. They are endangered because of climate change, disease and overhunting. They are hunted for their horns. These antelopes have thrived since the pliestocene and walked with woolly mammoths. Their large noses are used for heating frigid air and clearing their breaths of dust.

They migrate all over the Steppes to find mates and grass. Saiga males tend to have a large harem that they fight for. Climate change has heated the Steppes and has killed many saigas. New unseen diseases have also wiped out many antelopes.

What are the horns important to poach for?

Why were they the only ones to develop large noses?

Why do they create harems? 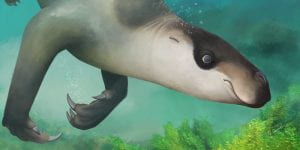 Millions of years ago there was an enormous mammal that swam the sea. The aquatic giant sloth, Thalassocnus, of the Late Miocene through the Late Pliocene. This megatheriid took to the waters rather than lumbering about on land eating trees. They usually stayed near the coast, eating seagrass and seaweed. They can come up to almost four meters long. There were four species of the sloth: T. antiquus, T. carolomartini, T. littoralis, and T. yaucensis. Thalassocnus directly translates to: “lazy one of the sea”. Over time land-dwelling ground sloths started swimming more and evolved thicker, stronger skulls that help with swimming in dense waters.

What made the sloths want to swim?

What did they get out of swimming that they didn’t have on land?

Did their large size keep them from swimming fast? 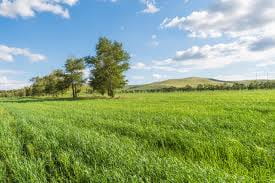 Grasslands are all over the the Earth. They cover over 20% of land and hold at least 80 of Earth’s animal species. They hold many of Earth wonders as well. They are found in six of the planets contanents. There’s the prairies, the veldts, the pampas, and the steppes.

The prairies are in North America; they are flat, very green, many bushes and no trees. Bison and prairie dogs live there. The pampas of South America are similar, but they have very big round bushes that cover the grasslands. Guanacos and rheas live there. The veldts of southern Africa are very unique; they have many shrubs and dry long grasses, they have little to no trees and are similar to the savannas. Lions and elephants and giraffes live there. The steppes of Eurasia is the last; it is very rocky and mountainous and can get very cold. Saiga antelope and polecats live there.

This week, in class, we learned what natural succession is. Natural succession is the process where species grow larger and stronger to make a healthy environment. The first kind of succession is primary succession. Primary succession is where a desolate and uninhabitable plot of ld is turned into a new and beautiful habitat. The process starts with pioneer species, which are the first species to find and inhabit a piece of land. Pioneer species include: lichen, fungi, moss, and algae. Those species work together to break down rocks into fresh soil. Then plants come in and fill the soil. Animals come to eat the plants and to eat eachother. Finally we have a climax community, which is a big, healthy, beautiful, habitable, and fantastic forest or other environment.

Secondary succession is very similar. It starts out with a natural or human disaster that makes an environment disapear. It takes much less time than primary succession because there is still soil. The pioneer species are usually shrubs, weeds, grasses, and bushes. Wind spreads other seeds around so that trees and flowers grow.  It eventually becomes a climax community once again.

Where and why are there completely uninhabitable places?

How often are there natural disasters in an area?

Why do the animals go to these newer unready environments? 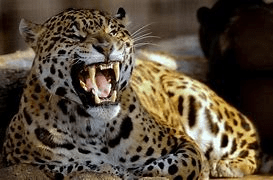 Jaguar’s have the fourth strongest bite force of any animal on Earth. They kill their prey by piercing the skull and brain with one bite. They can even take on caimans, which are crocodile relatives who are just as dangerous. Jaguars have been known for even eating children who wander to far away from their houses.

Jaguars are the biggest cat in South America and are often mixed up with leopards. Leopards have big blotches where jaguars have dots inside of dots. Leopards are also better climbers.

Why does the jaguar use its jaws more than any other cats?

Why is its pattern so oddly unique?

Do caimans and other crocodilians taste good?

“How’s the Weather Down There?!” 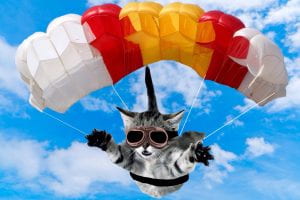 In Borneo there was a outbreak of a terrible disease coming from mosquitos. The US decided to pitch in by spraying DDT all over the place. The DDT killed the mosquitos, but it also killed the parasitic wasps that kill the roof-eating caterpillars. You can see what happened next. The DDT also made all the geckos sick. The cats ate the geckos and died so the rat population skyrocketed. The rats brought two more diseases. The US decided to make it up with Borneo by parachuting cats into the country.

In class we were assigned to make a picture describing the event. Naomi and I made a picture that showed the events of the DDT in a chain. We also drew the fallen roofs and the millions of rats.

What the US do to help kill the caterpillars?

Why didn’t the geckos die from being sick?

Why didn’t the DDT effect the caterpillars?

Category: Uncategorized | 1 Comment on “How’s the Weather Down There?!” 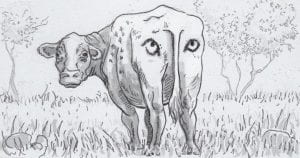 In Botswana farmers painted eyes on the butts of their cows. The eyes were put there because all of the African Lions were eating the cows. The lions wouldn’t attack the cows because they thought that the cows could see them. The farmers did a test: they sent out cows with butt eyes and cows without. None of the eyeless cows came back, but all of the eyed cows returned! 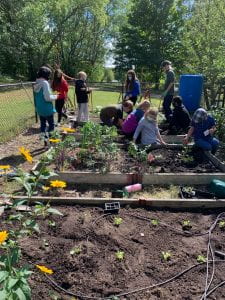 Last week we planted many baby plants and seeds we planted:

and so many more!

We’re trying to see the difference between seeds and baby plants in the hoop house and the garden. We talked about abiotic factors like soil and the sun. The abiotic sun was soooooo hot at the hoop house. The abiotic soil was super wet. We also talked about biotic factors like squirrels and plants. The biotic squirrels eat the plants. The biotic plants grow!

I think that the garden plants and seeds will grow faster because of direct sunlight and rain, but then again it’s really hot in the hoop house. We’ll just have to wait and see! 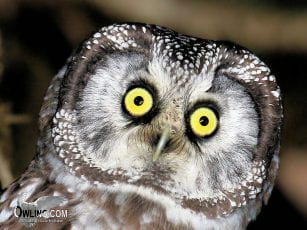 I am a Boreal Owl (Aegolius funereus). I am 25 centimeters tall, 90 – 194 grams and my wingspan is 30.8 – 38.4 centimeters. My clutches can have up to 19 eggs! My species is already endangered so if you cut the forest I might go extinct! I have excellent hearing even for an owl and if you cut the trees I won’t be able to hear my prey! We aren’t sociable and males keep hooting and singing to find a mate, if you cut the trees you will be hearing a lot of hooting from males who can’t find the ladies. We like to live in old dense forests in North America and Europe. We love eating voles, mice, shrews, lemmings, and moles. If the trees were cut and the owls were gone, the voles and lemmings would overpopulate and become a hazard! So please don’t cut the trees. Your stupidly ironic name doesn’t give you excuses!

This is a spot where dreams are created!